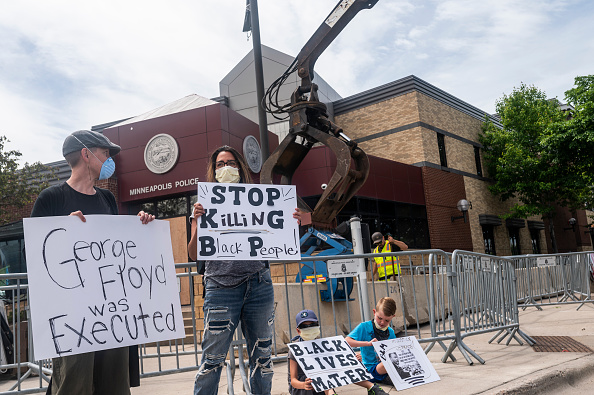 We are going to dismantle the Minneapolis Police Department.

And when we’re done, we’re not simply gonna glue it back together.

We are going to dramatically rethink how we approach public safety and emergency response.

More protests honoring George Floyd will take place over the weekend in Washington, D.C. The largest protest is expected to take place on Saturday (June 6).

Yes. We are going to dismantle the Minneapolis Police Department and replace it with a transformative new model of public safety. https://t.co/FCfjoPy64k

Floyd’s Thursday memorial observed 8 minutes and 46 seconds of silence marking the length of time a police officer kneeled on George’s neck in Minneapolis. North Carolina will host a memorial in Floyd’s memory on Saturday. A viewing is to be held in Houston on Monday (June 8) followed by Floyd’s funeral on Tuesday (June 9).

All four officers have been arrested with Derek Chauvin being charged with second-degree murder. A Minneapolis city council member says the police department will be “dismantled” and replaced with a “new model for public safety.”

Kanye West attended a youth-led rally in Chicago that quickly turned into what one organizer called a “celebrity hijacking.” It’s being reported Kanye West paid the legal fees for Brianna Taylor’s family and established a college fund for Floyd’s six-year-old daughter.