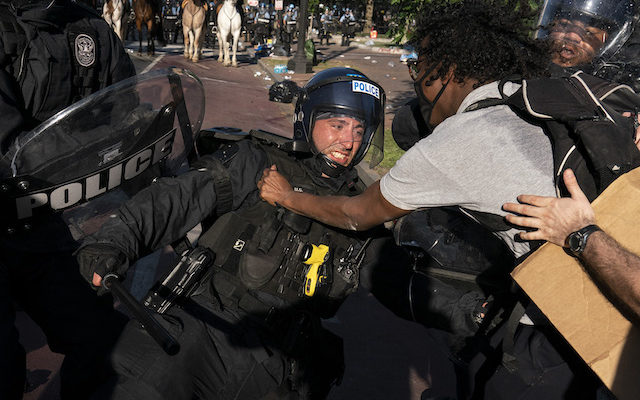 During a speech earlier today the president called himself “ally of peaceful protesters”.

As this speech was taking place, a group of peaceful protesters who were sitting in Lafayette Park just steps from the White House were gassed and shot with rubber bullets. Many protesters were seen pouring water into their eyes, according to a report from CNN. As it turns out, the crowd was being dispursed to make way for the president to walk across the park for a photo op at St. Johns Episcopal Church.

A convoy of military vehicles was seen driving through the White House gates ahead of the mandatory 7 pm E.T. curfew that was put in place by the Mayor of Washington D.C.

Rep. Senator Tim Scott of South Carolina has tried to encourage everyone to “lean in with compassion, not pointing fingers.”

The president (“the ally of peaceful protesters”) has also promised to mobilize federal resources including threatening to deploy the US Military if states do not send in their National Guard to protests.