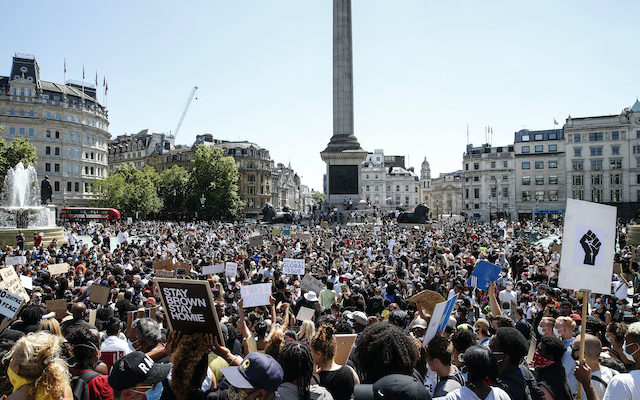 For a majority of the last week, major cities across the United States have been protesting police brutality and the unfair targeting of people of color by police. This message has now gone global. Citizens of the world are getting involved and echoing the message to their own governments, and those chants are beginning to be heard all the way across the Atlantic, here in the United States. Protests sparked by the death of George Floyd and others have spread to cities all across Europe and Canada where citizens have held peaceful marches in Toronto, London, and Berlin.

Nearly 4,000 demonstrators in Toronto marched to protest racism in Canada.

Protesters also marched to the US Embassy in London carrying signs and chanting “Black Lives Matter”. According to a report by Forbes, these marches are happening out of solidarity with the rallies in Minneapolis as well as other American cities. Some of the protesters in London also pointed out that “the U.K. is not innocent” when it comes to matters of race.

As the message of equal treatment and protection under the law spreads throughout the world, more activists in other major cities across the globe are organizing protests of their own.